SUMMARY: Sold a vacant manufacturing plant in Germany for a U.S. based company resulting in a 125% increase over the seller's reserve price. 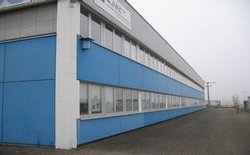 CHALLENGE: Cincinnati, Ohio, based Milacron, Inc. wanted to sell a vacant manufacturing plant and property that they had acquired in an acquisition in Germany. The plant had sat vacant for four years and there was a standing lowball offer from a local businessman. Milacron engaged LFC to help find a buyer that would meet their reserve price of €400,000.

IMPLEMENTATION: The village of Mahlberg is located in the southwest corner of Germany about 30 kilometers north of the German/Swiss border. The property was comprised of a vacant 40,000 sq. ft. building situated on 2.8 acres of land.

The building had been vacant for more than four years and our client was seeking a release price of €400,000. LFC immediately entered into a co-brokerage relationship with a local German real estate professional to act in the capacity of our local Property Representative (PR). We soon found out that Herr Krebs, the owner of a nearby property, had a three-year standing offer of €230,000 to purchase the property. Understandably, Herr Krebs wanted to pay as little as possible for the property and therefore felt no pressure to increase his offer.

In early February, two days after an auction sign was placed in front of the property, Herr Krebs notified our PR that he was willing to increase his offer to €400,000, conditioned upon immediate cancellation of the auction marketing program. (Herr Krebs had entered the URL posted on the property sign into his computer, which took him to the Property Profile page of the LFC.com website. Upon viewing the Property Profile page, he realized that the LFC.com program was exposing the property to the entire world via the Internet and that the property was no longer his little secret.) LFC instructed the PR to tell Herr Krebs that although we appreciated his new €400,000 offer, the auction campaign would not be canceled and that the March 16 sealed bid deadline would remain. Herr Krebs was welcome to place a sealed bid along with other qualified bidders.

By mid-February, the property hadn't been shown by our PR even once nor had a single document been downloaded from the Property Profile page of the website. Not even Herr Krebs had toured the property or downloaded a document. 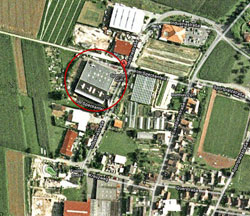 In late February, LFC installed a second auction sign in the village of Mahlberg and placed a couple of auction advertisements in the local German print media. Within one day of the installation of the second sign, Herr Krebs communicated with our PR that he wished to raise his offer to €699,000, again with the condition that the auction campaign be immediately cancelled. After consulting with our client and thinking that Herr Krebs was most likely the only interested buyer for the property, LFC counteroffered with a price of €800,000. Herr Krebs countered with €750,000 and we agreed on a purchase price of €770,000 with the understanding that LFC would postpone the bid deadline until April 13. (In order to keep the pressure on Herr Krebs, LFC made it very clear that we would not cancel the auction campaign until a closing had taken place.)

Once the tentative deal was struck with Herr Krebs, LFC, as agreed, changed the bid deadline on the LFC.com website to April 13. Immediately upon doing so, Herr Neumann, the managing director of Rodermund GmbH & Co., a regional manufacturing company, who at some point previously visited the property, called our PR. Herr Neumann had been tracking the auction sale on the LFC.com website. Since Herr Neumann had not registered on the website, LFC hadn't been able to track him. When Herr Neumann realized that the sealed bid deadline had been changed, he contacted the PR asking for an explanation and the PR told him that a tentative deal had been struck with Herr Krebs. Herr Neumann indicated that it was only fair to allow him to place a bid of €842,000 since the sealed bid deadline of March 16 had been previously posted on the website. Without explaining to him that the terms and conditions of the sale allowed the seller and its agent, LFC, to unilaterally change the rules at any time during the campaign, we agreed that it was "only fair" that his bid be accepted and that the auction marketing campaign be immediately placed into a Last Call bidding format as described in the Terms and Conditions of Sale document. Here is what took place next:

RESULTS: At the close of bidding on March 21, von930 was declared the winning bidder with an offer of €902,000 for a property that, 90 days earlier, our client would have been very pleased to sell for €400,000. On April 21, Gerd Rodermund GmbH & Co., closed the sale and became the new owner of the Mahlberg property.

The LFC auction marketing program, coupled with its patent pending Last Call bidding format, caused this property to be sold at its absolute highest value.